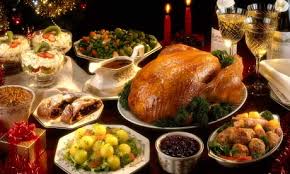 No not behavioural bitterness, some people confuse that with passion. I mean the drink, its good because it really works. Why do we think laying back on the couch after a big meal is going to cure indigestion. Those monks knew what they were doing and understood our bodies a long time ago. But, sadly we have forgotten.

This lost drink category, should be star of the show at this time of year, with Thanksgiving/Christmas dinner its more relevant than ever. Some people might not know what these dust-collecting, back-of-the-bar drinks do. Here’s my quick guide to help you in this category.

I lived in Central Europe for many years and understand how in different countries like in Italy, alcohol is taken with food and not so much on its own. I think it is important to people’s health to drink and eat together. In my experience of living in Germany, France and the Mediterranean countries is alcohol with food; aperitivo, wine and then digestif. In Germany they have digestif because they  have a high red meat/sausage diet and it helps speed digestif process and decreases stomach problems. Italy has traditionally a high carbohydrate diet and so a disgestif also helps relieve stomach problems.

So here’s my Top 3, no order, I order these depending on my location.

Averna from Sicily is now a big liqueur company with origins  from 1868. It also makes Grappa, Limoncello, Mandarinello, Sambuca. But their Amaro is N01. Made with 33 herbs, it’s a rich dark treacle colour and has a sweeter flavour than other bitters. Its making a comeback and in the States being marketed as a cocktail mixer. But on its own or with an ice-cube, it does work very well with digestion. In Sicily its straight up, in northern Italy often with ice & orange/lemon slice.

From the Nonino family in the north-east of Italy where the company specialises in Grappa but they make probably the most elegant Amaro. It is a beautifully refined Amaro, less sweet than Averna’s and has a wonderful balance of herbs and spices and a real orange zest flavour. It’s rich without being sickly and great with a cube of ice after dinner.

This curious product only comes in this small bottle with brown bag attached. It’s the ‘Ronseal’ (does what it says on the tin) of bitters. it’s marketed to ‘take after a good meal’ and really works for bloatedness and also an excellent pick-me-up. I take on its own either in a glass or straight up, head back. It’s strong at 44% and medicinal flavour, will catch some people’s throat but has an incredible effect of working. It’s more popular in Europe and was introduced to me by Scandinavians a long time ago.

All these bitters are good for after an evening meal, my Sicilian friends have one every night. I have been known to take other but only when I can’t find my Top 3. Bitters are being actively marketed as shots or in cocktails but I much prefer them as is and savoured after a meal. So enjoy your festive meal and make sure you get one of these in for the family.

Have a great time.

Whats your thoughts, will you give them a try?

ps I don’t work for any of these companies, just like their products.

Bumps On The Road

All food things come to those who eat

Usually clutching a strong cup of coffee, a good book, or both.

WHISKY WITH A VIEW - An Ongoing Quest

Infusing liqueurs at home with inspiring and seasonal ingredients

n. frugality; the quality of being economical with money or food.

A Buck for Burns